IAWA offers an opportunity for men to participate as an Advocate. An Advocate is a man, or a person who identifies as male, who otherwise meets the requirements of membership in any other category. An Advocate is not a member, but will support, promote, back, encourage and sponsor IAWA. The Advocate fee is directed to IAWA’s scholarship programs.

To become an Advocate, start your application here. Applications are reviewed and acted on every two weeks. If you have any questions, please contact IAWA Headquarters at info@iawa.org or call 202-960-3900.

Together We Build A Legacy

IAWA empowers female leaders in the aviation and aerospace industries.

IAWA has been bringing together accomplished women in all fields of aviation and aerospace for 30 years. Through our scholarships and mentoring program, we build a legacy. IAWA would not be where it is today without the continued support of our members and supporters. Be a part of building our legacy and Connect, Inspire and Lead. 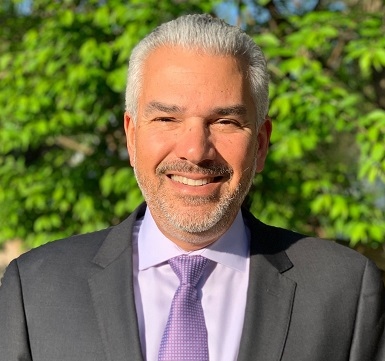 Daniel da Silva is vice president of Strategic Regulatory Policy for Boeing Capital Corporation (BCC), where he is focused on policy and regulatory issues associated with the aircraft financing mission of BCC. He was appointed to the position in June 2015, also serving as the co-Chairman of the Aviation Working Group (AWG).  Previously, da Silva held vice president positions in Program Management, Services Sales, Customer Support and Commercial Airplane Sales at Boeing.  Da Silva started his career at Embraer in Brazil, and worked at McDonnell Douglas in Long Beach, CA prior to the merger with Boeing. 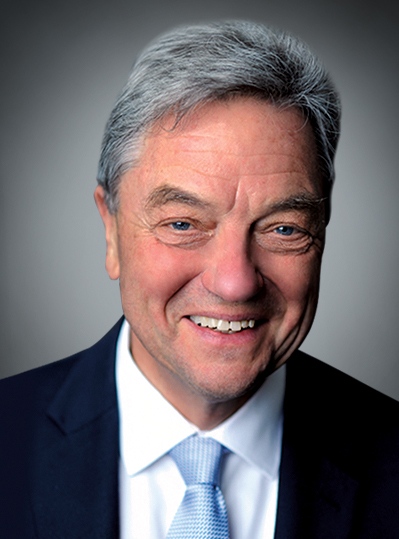 Before joining Boeing, Arthur spent three decades with the British Diplomatic Service of the Foreign and Commonwealth Office (FCO) followed by three years as a founding member of a U.K.-based business consultancy. From 2007 to 2010, he was British ambassador to Germany. Between 2003 and 2007, he was British high commissioner to India.

In addition to his Boeing role, Arthur is a nonexecutive director of Diligenta, president of the German-British Chamber of Industry & Commerce and U.K. chairman of the Königswinter Foundation.

He earned a Bachelor of Arts degree in politics, philosophy and economics from Balliol College, Oxford. After graduating, Arthur held a number of diplomatic posts in New York, Brussels, Paris, Bonn, London and Washington, D.C. These positions included FCO director general, director of resources and principal finance officer for the Diplomatic Service. He was deputy chief of mission in Washington, D.C., during the last two years of the Clinton administration (1999 to 2001). He is fluent in three languages: English, French and German. 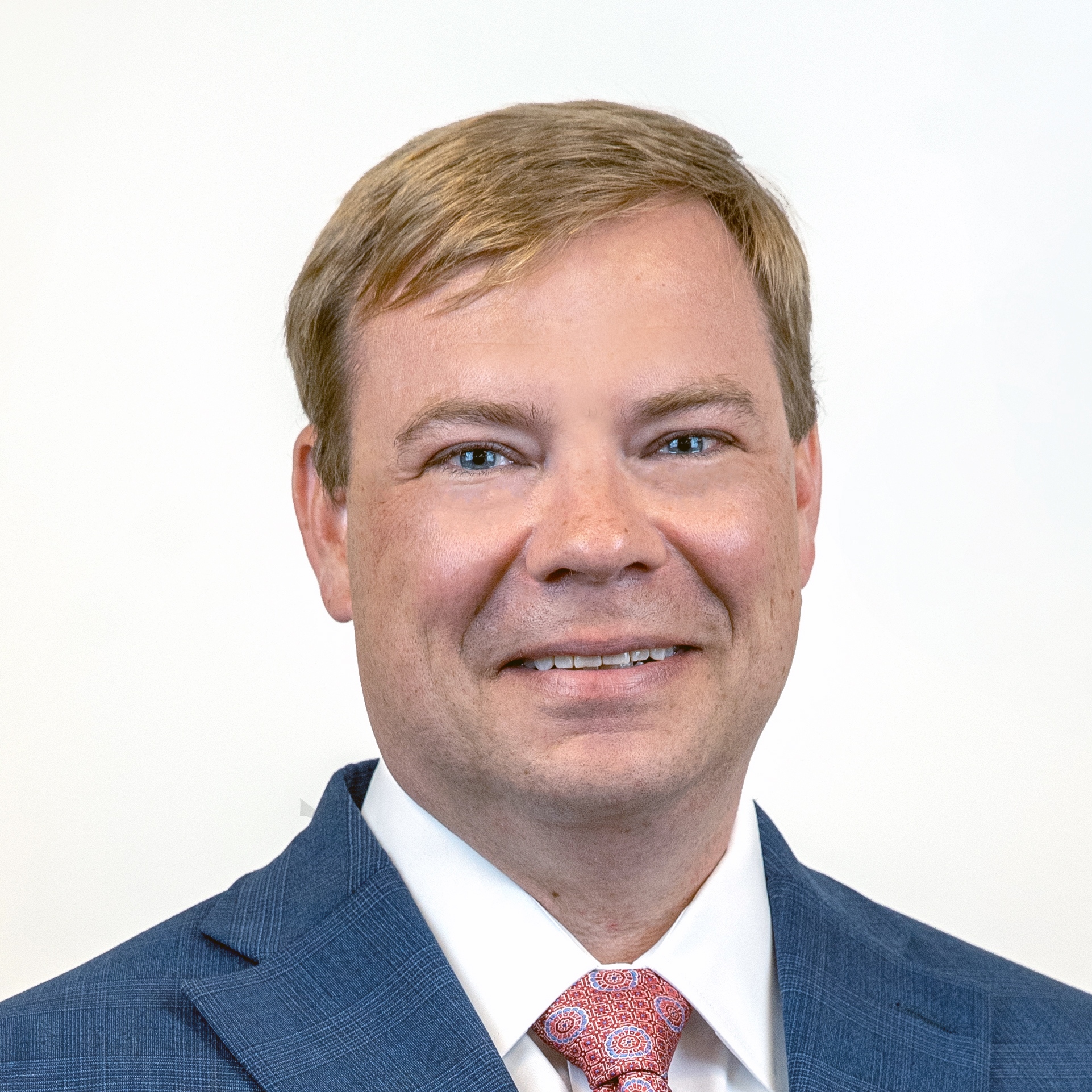 Ron joined Azorra in May 2021. Azorra is a clean sheet leasing company focusing on regional, crossover and small narrowbody jets and is backed by Oaktree Capital Management. Ron is responsible for the day-to-day operations of Azorra, executing the strategic plan and maintaining the OEM relationships.

Prior to joining Embraer, Ron work for United / Continental Airlines where he was most recently the Vice President of Fleet. Ron was responsible for all aspects of fleet planning, aircraft acquisition and disposition for United‘s mainline and regional aircraft. During Ron‘s twenty-seven years at Continental / United Airlines, Ron acquired more than 750 new aircraft and sold / returned a similar number of aircraft.

Ron is an Aeronautical Engineer from Georgia Tech and has an MBA from California State University. Ron is married with two kids and lives in Chicago. 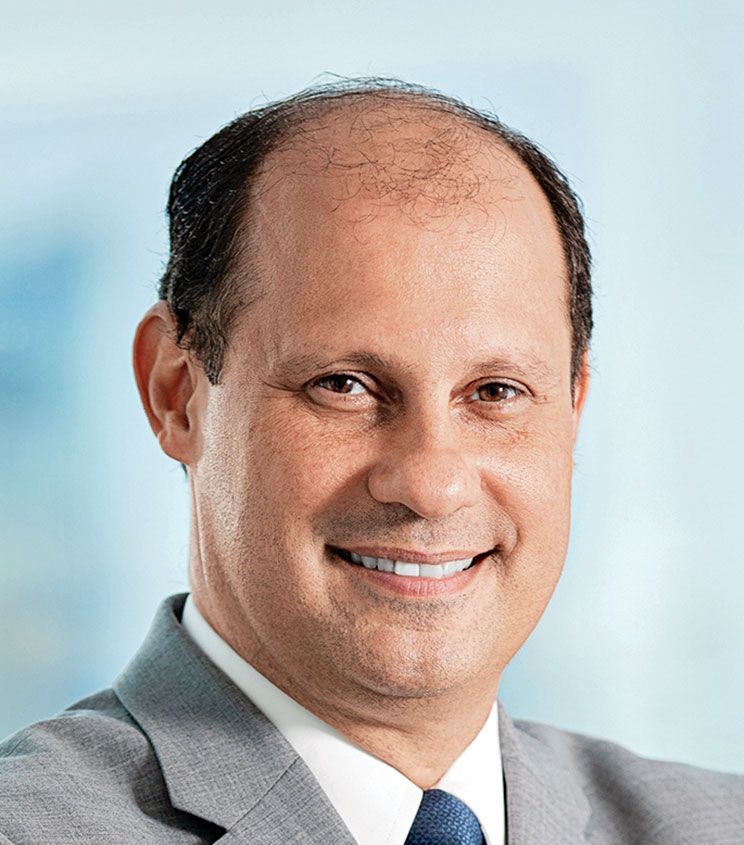 José Ricardo Botelho is a Lawyer from the Catholic University of Salvador, Brazil with experience in civil aviation and public service.

Prior to joining ALTA, José Ricardo served for 4 years as President of the Brazilian National Civil Aviation Agency (ANAC) and, for about 2 and a half years, he served as Brazil's Alternate Diplomatic Delegate to ICAO, actively participating in the amendments to the text of the Tokyo Convention in the work relevant to Brazil's entry in ICAO‘s Public Key Directory (PKD) and in the systematization of API (Advanced Passenger Information), besides having worked on the rules against acts of unlawful interference (AVSEC) for civil aviation.

Grant joined TNT in 1992 as a Field Sales Executive at Birmingham depot in the UK, progressing through various Sales roles and then moved into General Management positions, then functional roles in Key Account Management, until joining HO as Operations Director for Special Services Central Team before taking on the role as Global Special Services Director in May 2014.In July 2017 he took the role of Vice President –Special Services, at FedEx Express and from September 2019 I was given additional responsibilities with Enterprise Global Sales. December 2019 Grant took on the role of Senior Vice President, International Commercial Services and relocated to Memphis, with my wife Dawn and our dog, in February 2020

Our aim at International Commercial Services, is to offer support to the wider Global Express community and our Global customers, by providing global standardized policies and processes. This will allow market driven solutions to be delivered to our customer base and to grow International revenue by focusing on the complete product portfolio.

Dustin is attracted to people with bold ideas. On his 30th birthday his cousin, Ken, told him, your next 6 years are free. Ken flew an F-4 and was shot down at 30 then spent the next 6 years as a POW. This became Dustin’s WHY – helping others make their freedom count.

He is a former VP and sales executive with both Cessna Citation and Embraer Executive Jets, and current President of jetAVIVA - a market leader in turbine aircraft sales & acquisitions.

A #1 ranked sales professional at every stop, he’s been responsible for aircraft sales of almost $1 billion dollars. As a committee member and and former Co-chair of the NBAA Business Aviation Management Committee Leadership Conference he exemplifies the unique bond of business and fun that is aviation.

Dustin graduated from the United States Air Force Academy with honors and was an instructor and evaluator in both the C-21A & KC-135R. He currently lives in Atlanta with Kristen, his wife of over 23 years, his 4 children and 2 dogs. 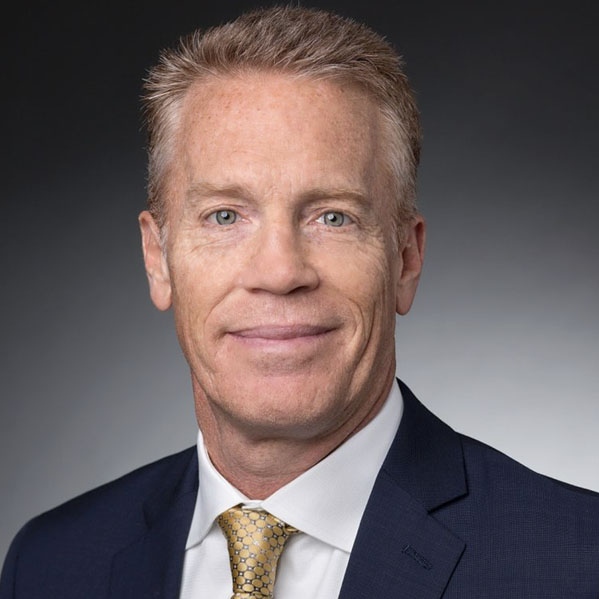 Brian Costa is President of Chromalloy, providing leadership across all functions of the business to drive customer satisfaction, operational excellence, and profitable growth. He joined the company in 2016 as Vice President, Strategic Planning and Integration responsible for the SIOP, marketing and corporate communications functions. Prior to Chromalloy, he worked at United Technologies Aerospace Systems, leading business development, strategy and customer care for the aftermarket organization. Prior to that, he successfully managed global commercial and military shared services with Goodrich. Mr. Costa holds an MBA from the University of Michigan, and a BS in Chemical Engineering from Ohio State University. 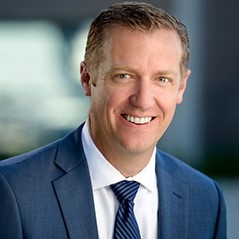 Scott leads business development activities, directs the marketing and communications strategy, and manages new market development for Clay Lacy Aviation‘s diverse line of business jet services. Scott is a third-generation pilot with expertise across a wide spectrum of disciplines in business aviation. Scott‘s passion for aviation started early. Upon receiving his BS in business management from Biola University, he became a Certified Flight Instructor with instrument and multi-engine instruction privileges. In 2000 he began working as a dispatcher for a small fleet of corporate aircraft then moved on to hold the positions of Operations Manager, Sales Director and VP of Marketing over a 14-year career with an international aircraft management and sales organization prior to joining Clay Lacy in 2013. In 2021 Scott received his Corporate Aircraft Manager (CAM) certification from the National Business Aviation Association. 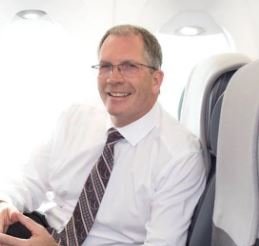 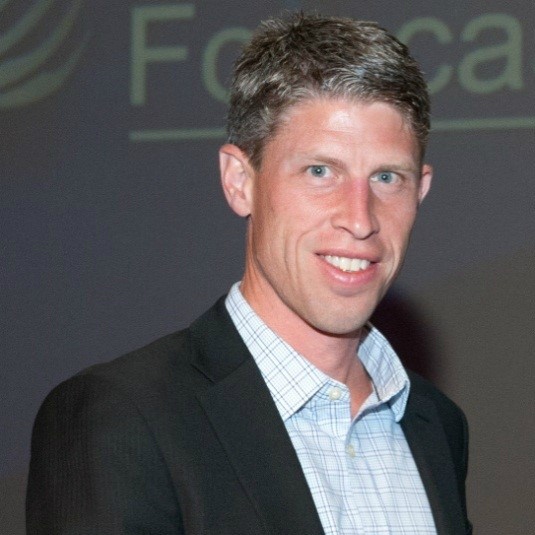 Darren Hulst is vice president of Commercial Marketing for The Boeing Company. Hulst leads a team that markets the company‘s family of commercial airplanes and services by understanding market requirements, developing strategic go-to-market strategies, contributing to planning and product development, and supporting market positioning and sales activities. He was named to this role in March 2020.

Hulst joined Boeing in 2005 and has served in various marketing leadership roles including market analysis, network and fleet strategy and China and Asia marketing.

Before joining Boeing, Hulst spent eight years at Delta Air Lines, serving in various management roles in Network & Schedule Planning and Revenue Management. He is a graduate of Valparaiso University with degrees in economics and geography. 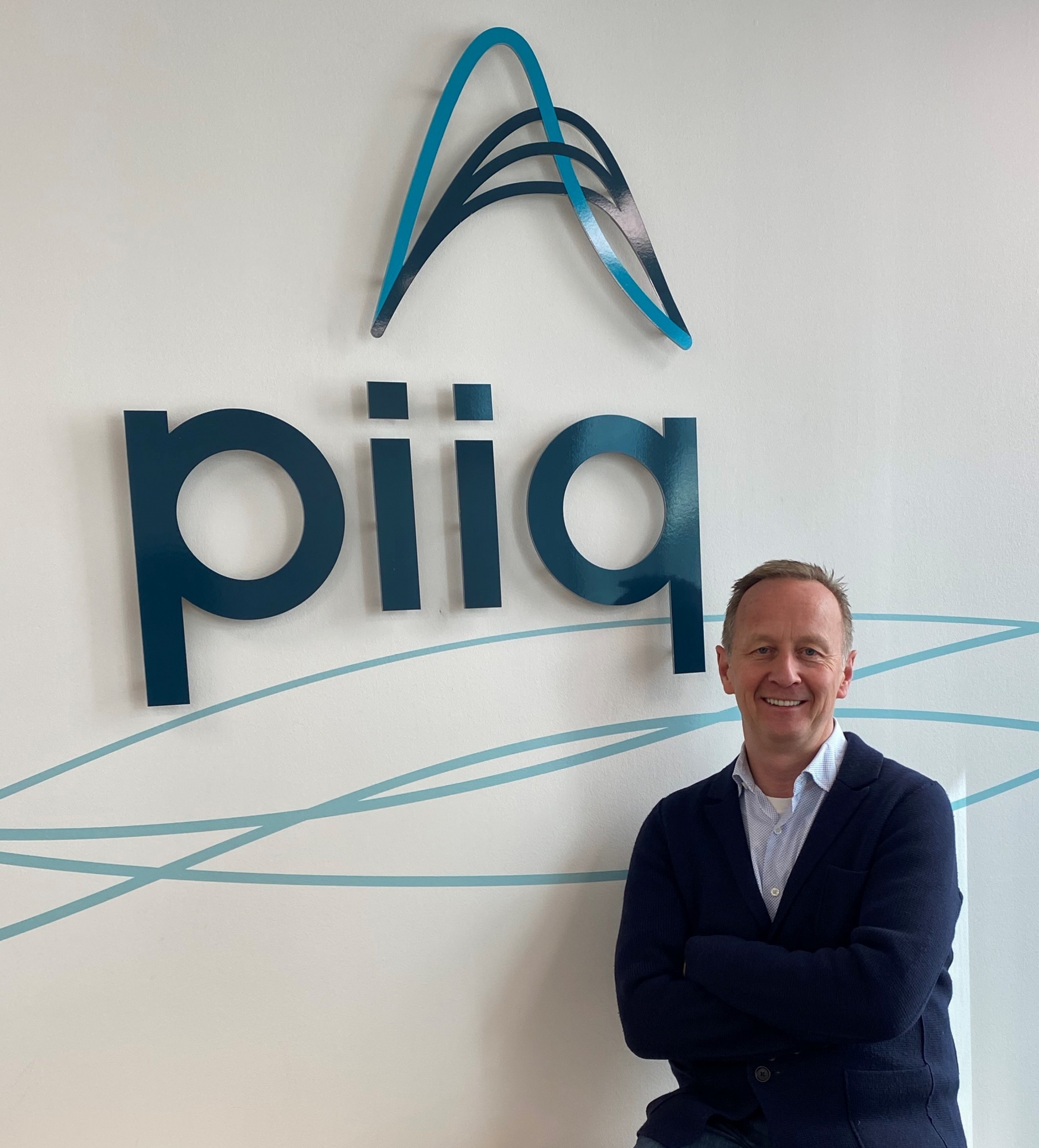 Starting my career in 1984, I have spend over 30 years in the aviation sector, supporting Global clients with respect to their insurance and risk needs. After spending the majority of my career in leadership roles with two of the larger insurance broker, including secondments to the US, I co- founded Piiq Risk Partners in 2019 to offer a more tailored and bespoke offering for aviation and aerospace clients and we now have more than 50 partners, based in the UK, USA and France.

I have until now supported IAWA by encouraging relevant colleagues to join and participate as full members and I am now thrilled to be able to join as an advocate and look forward to more directly participating in the future. 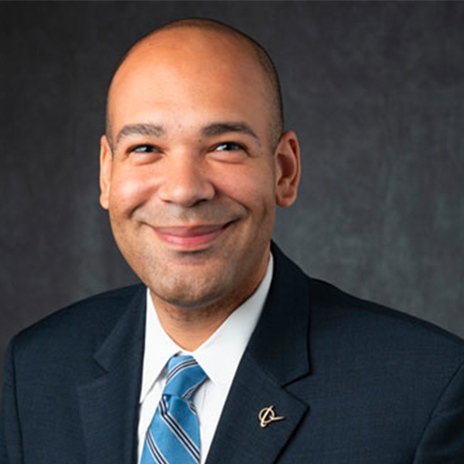 Tommy Preston, Jr. is the vice president of Ethics at The Boeing Company, where he leads a team of global professionals focused on articulating, amplifying and embedding the company‘s values across the enterprise. The Ethics organization also ensures efficient and trusted reporting mechanisms and a strong anti-retaliation policy; works with senior leadership to foster a speak up culture through messaging and employee engagement; and embeds ethics advisors across Boeing business units and sites to identify risk areas, reinforce expectations of ethical behavior and provide bespoke guidance to employees. 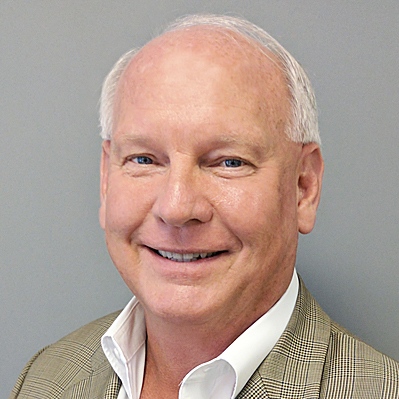 Aviation Business Strategist and Lead Cabin Designer with two decades of experience working for major airlines and VIP completion centres worldwide.
Throughout his career as Lead Cabin Designer, he has created cabin design solutions for Economy, Business, First Class, and VIP Cabins for narrow and wide-body aircrafts including Airbus A380, A350, A320, Boeing B787, and B777x.

As the CEO of Avensis Aviation, he is bringing his aviation experience working together with the Avensis team further developing pioneering products to suit the changeable demands of freighter airlines fleet operations, lessor asset management needs, and implementing the strategy to grow and position Avensis firmly as a global market leader in PTF (Passenger to Freighter) conversions. 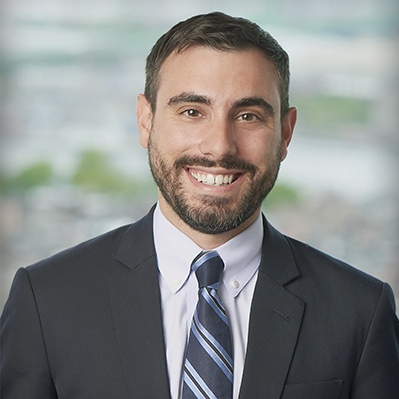 Mike is the Chair of the firm‘s Business Aviation Group and specializes in the areas of aviation, commercial and real estate finance, serving as legal adviser to institutional lenders and borrowers in senior and subordinated debt financing and equipment leasing transactions.