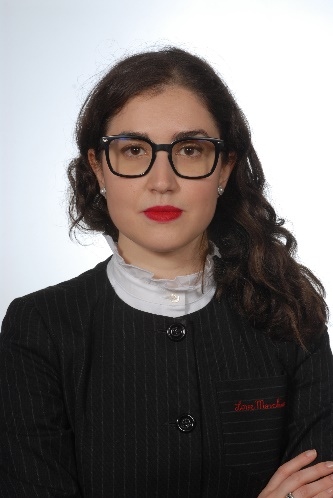 Valentina Vecchio was appointed Boeing regional lead for sustainability policy and partnerships in Europe in April 2021.

Since September 2018, Valentina has been responsible for representing Boeing interests with European institutions in the areas of environmental and chemical regulations.

With these expanded regional responsibilities, she works closely with Boeing’s national offices to build and manage an integrated sustainability strategy in Europe.

Valentina also serves as the vice chair of the American Chamber of Commerce to the European Union Transport, Energy and Climate Committee. Valentina is also one of the Board Director of the Round Table on Sustainable Biomaterials.

Most recently, Valentina was a Legal Counsel at Aviapartner, managing customers’ contracts and claims.

Valentina is a lawyer by education: she obtained her LL.M. in International and European Union Law from the University of Trento (Italy) and she specialized in aviation law pursuing the Advanced LL.M. in Air & Space Law at Leiden University (The Netherlands).

Valentina is the author of several publications in reputed aerospace law journals and received European and international prizes awarded by the European Air Law Association, Women in Aerospace Europe, and the International Institute of Space Law.

In her spare time, Valentina enjoys coding and learning Hindi.