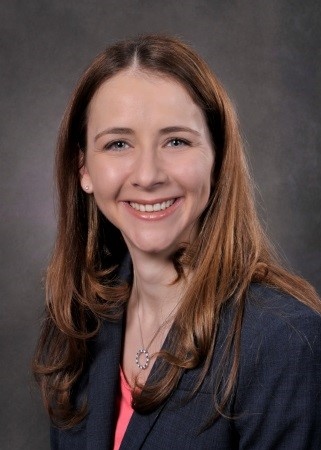 Kelly Schable is the Managing Director of the Boeing Commercial Airplanes Sales Support team. She has the responsibility of leading the functional teams who provide direct support to the airplane sales teams in the area of network and fleet planning, airplane financial and economic analysis, cabin, features and experiential marketing and data analytics & tools support.

Prior to this assignment, she was the Senior Manager of the Features Business Development and Marketing team. In this role, she was responsible for setting up a new team focused on the marketing and selling of airplane features. Before her role in features, she was a regional director of marketing in Boeing Commercial Airplanes. As a regional director, she was responsible for developing and nurturing constructive relationships with airlines, tracking competitor strategies, developing and implementing marketing strategies and plans, demonstrating product fit and value to customers, and making the financial case for Boeing products. In her five years in this position, she has managed customers in both the North American and Latin American regions leading to over $6B in revenue to the company.

Kelly’s success as a regional director of marketing is the direct result of her prior experience working in 737 Customer Engineering, where she spent three years working with airlines all over the world to understand, develop, and manage their airplane configurations. Additionally, her two year stint in the Systems Engineering Rotation Program on Boeing’s defense side provided Kelly the ability to sharpen her system engineering skills as she rotated through various programs including P-8A, J- UCAS, Phantom Works Advanced Air Traffic Management, and the 737 Program. Two years of working with defense suppliers in Supplier Quality & Development afforded Kelly the insight to understand what it takes to engineer quality products that meet diverse customer demands.

Kelly’s dedication to serving is evident through her work at Boeing for new employees and engineers where she co-founded the new hire organization in Puget Sound called REACH and developed and led the early career engineering development program called Opportunities for New Engineers (ONE). Kelly recently served a two year term on the Board of Directors for the Society of Women Engineers (SWE) as well as a two year term as the society’s nominating committee’s chair and deputy chair. She is also a Past-President of the Puget Sound Engineering Council (PSEC).

Outside of work, Kelly enjoys traveling, running and cycling, working on her pilot’s license, skiing, good wine and spending time with her husband, young son and daughter. Kelly and family currently reside in Kirkland, WA.